Frederick M. Weissman, M.D., graduated from the University of South Carolina in 1936 with a degree in chemistry.

Following World War II service, the Philadelphia native completed medical school at the University of Geneva in Switzerland.  Dr. Weissman interned at City Hospital in New York, completed his residence at Bellevue Hospital, and remained in New York City where he had a distinguished career as a neurologist.  Fred Weissman became a very special friend of the University of South Carolina and the Department of Chemistry and Biochemistry.  Beginning in 1989, he established separate endowments to support the University's educational mission:  the Weissman Chair in Chemical Ecology; the David and Esther Berlinberg Distinguished Professorship in the Darla Moore School of Business; a faculty enrichment fund in the College of Liberal Arts in memory of a favorite philosophy professor, Dr. Josiah Morse; and in 1997, the Weissman Lectures in Chemistry. 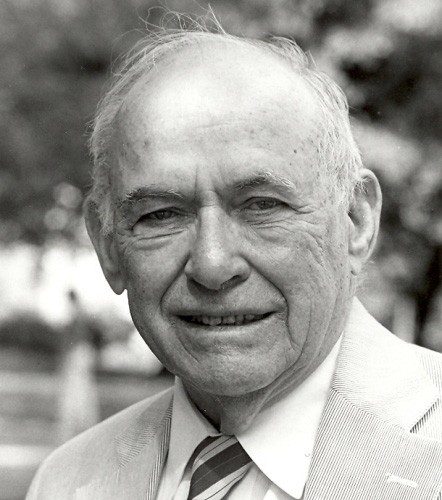 As an undergraduate at USC, he lived in Burney College, spent time in the Longstreet gymnasium, and participated in gymnastics and intramural sports.  Dr. Weissman was an avid skier, having challenged slopes in New Zealand, the Italian Alps, Portillo in the Andes, and Utah.