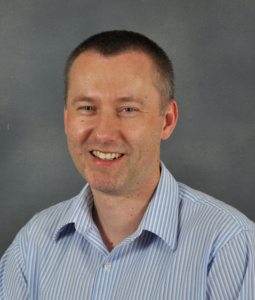 My group studies the interactions of the human immune system with pathogens and allergens. We are interested in the ways by which pathogens and allergens deregulate or deceive the immune system, and how such processes influence human health. In addition, our research interests include mechanisms of bacterial growth in mammalian host organisms, with a special emphasis on a microorganism's ability to acquire nutrients from the host. We are also working on several antibiotics targets, which for example include proteins involved in lysine biosynthesis. We are using multiple experimental and computational techniques in a "from atoms to animals/humans" approach, which correlates in vitro functional and structural analyses of macromolecules with studies of in vivo systems, like cells and model organisms.

Currently there are approximately 1100 officially registered allergens, with less than 10% having experimentally determined three-dimensional structures. We believe that large scale structural studies are indispensable for significantly improving our knowledge of allergens and their impact on human health. Thus, we are using a variety of structural biology techniques (including X-ray crystallography) to obtain experimental models of proteins of interest.

Food allergens. Current knowledge on food allergens is limited. For example, it is not known why some plants proteins are very potent allergens (like peanut or tree nut allergens), while similar proteins from closely related plants do not pose a significant allergenic risk. In order to address this question we analyze several groups of plant proteins important both to agriculture and human health.

One such group of proteins is the peanut allergens. Peanut allergens alone affect 1% of the population in the US and often cause anaphylaxis, the most dangerous and potentially life-threatening manifestation of allergic diseases. These studies are performed in collaboration with researchers from the US Department of Agriculture and institutes and universities in Europe. We are working on both recombinant allergens and those isolated from natural sources. Studies of natural allergens are especially important, because in many cases it is difficult to demonstrate the same IgE binding properties in recombinant proteins as seen in natural allergens. Differences in IgE binding properties between recombinant and natural versions of allergens may indicate that in diagnostic tests the recombinant protein is not a suitable replacement for the allergen derived from its natural source.

Inhaled allergens. Our group is also working on several inhaled allergens originating from dust mites and weeds. For example, we are studying Group 1 dust mite allergens (Der f 1 and Der p 1), which are believed to be among the most potent triggers of asthma. Most mite allergic patients (>80%) have IgE antibodies against the Group 1 mite allergens, Der f 1 and Der p 1. These allergens are cysteine proteases and their proteolytic activity contributes significantly to allergenicity. Der p 1 cleaves the CD23 and CD25 receptors, and the cleavage of these receptors favors a Th2 response and induction of release of pro-inflammatory cytokines from bronchial epithelial cells, mast cells and basophils. The resulting increase in IgE antibody synthesis and inflammation of lung epithelium may explain why mite allergens are strongly associated with asthma. The goal of our studies, which are performed in collaboration with INDOOR Biotechnologies, Inc, is to ultimately lead to the discovery of a vaccine for people allergic to dust mites.